The European Court of Justice (ECJ) in Strasbourg has issued a far-reaching and unprecedented ruling that overturns a widely accepted norm as to when candidates elected in EU parliamentary elections actually become members of the European Parliament (EP) and can avail themselves of parliamentary immunity from prosecution.

In a much-awaited decision, on 19th September the ECJ responded to a request for a preliminary ruling presented in July by Spain’s Supreme Court after attorneys for Catalan separatist politician and leader of Catalonia’s Esquerra Republicana (ERC) party, Oriol Junqueras, claimed his rights were violated when the Supreme Court refused in June to release him from preventive custody so that he could obtain certification as a newly elected member of the European Parliament (EP).

At the time, Junqueras was being held without bail while on trial with 11 other Catalan separatist politicians and activists on charges related to their roles in events surrounding the illegal October 2017 independence referendum in Catalonia and subsequent unilateral declaration of independence from Spain by the Catalan regional Parlament.

In a 24-page finding, the ECJ magistrates cited Article 9 of the EU’s Protocol on Privileges and Immunities to rule that  Junqueras’ immunity as a newly elected MEP began the moment the European parliamentary election results were announced and that Spain’s Supreme Court should therefore have released him from preventive pre-trial custody so that he could obtain his MEP certificate.

The European court ruling set an immediate new precedent, making clear that candidates in European parliamentary elections henceforth are officially to be considered MEPs — with all rights accorded to an MEP, including immunity from prosecution — as as soon as election results are announced by the election board in their country. Prior to the ECJ ruling on Thursday, it was accepted across Europe that a successful candidate in European parliamentary elections only became an actual MEP once the candidate had presented himself or herself to their national election authority to pick up certification of their election. 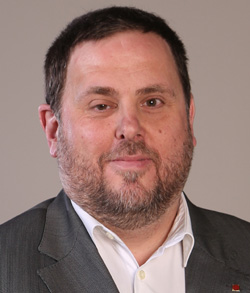 In Junqueras’ specific case, the ECJ ruling generated an immediate flood of commentary and speculation in Spanish and international news media, not least because the European court did not suggest any remedy but left it up to Spain’s Supreme Court as to how to resolve the situation. Complicating matters is the fact that Junqueras is no longer under pre-trial preventive custody but has been convicted by the Supreme Court and is currently serving a court-ordered sentence.

Immediately following the ECJ ruling, Spain’s Supreme Court gave attorneys for the plaintiffs and the defendant in the Junqueras case a deadline of 2nd January to submit legal arguments for the court to take into consideration in finding a remedy for the situation.

The Supreme Court is not expected to present a remedy based on the ECJ decision until after the 6th January Three Kings national holiday.

In its ruling, the ECJ made clear that Junqueras does not enjoy a blanket immunity and that the violation of his immunity as an MEP was linked to the refusal by Spain’s Supreme Court to allow him free on bail from preventive custody to pick up his MEP certification.

The court also noted that MEP immunity is not inviolable, referencing Article 9 of the EU’s privileges and immunities protocol to state that “Immunity may not be invoked in case of flagrant crime nor may it obstruct the exercise by the European Parliament of its right to suspend the immunity of one of its members.”

Nowhere in the 24-page ruling, did the ECJ question the fairness of the Spanish Supreme Court proceedings against Junqueras or the other defendants or the validity of the sentence handed down to Junqueras. 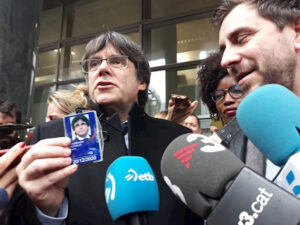 The ECJ ruling held far-reaching implications not only for Junqueras, but also for two other Catalan separatist politicians elected MEPs in May.

Former Catalan regional President Carlos Puigdemont and former Health Minister Toni Comín, both of whom fled Spain to avoid prosecution after the October 2017 independence referendum and were previously denied access to the EP building in Brussels by parliamentary authorities, were allowed to pick up their provisional MEP credentials in Brussels in the wake of the ECJ ruling.

In response to the Supreme Court request to submit an opinion on the ECJ finding, Junqueras’ attorneys called for the Catalan leader to be immediately set free and his sentence to be anulled. But prosecuting attorneys from the Fiscalía General attorney general’s office have asked the court to keep Junqueras in jail, saying his conviction and sentencing override the immunity he may have enjoyed while under pre-trial preventice custory. That position is shared by attorneys of far-right political party VOX, which filed charges in the case as a plaintiff on behalf of the general public.

The Spanish government’s own Audiencia Nacional legal counsel, whose attorneys represented the government’s interests as a plaintiff in the trial, told the Court on Monday morning that in line with the EU court ruling Junqueras should be released from jail to travel under police escort to pick up his MEP credentials, either from Spain’s Junta Electoral Central national elections board or directly from the EP offices in Brussels.

That opinion was not unexpected, as back in June when Junqueras’ defense attorneys initially applied for their client’s release on bail to pick up his MEP credentials the Audiencia Nacional had said he should be released under police escort to retrieve the documentation from the Junta Electoral.

As in June, on Monday the Audiencia told the Supreme Court that Junqueras should then be escorted back to the jail where he is serving his sentence, this time adding the caveat that the court should apply immediately to the European Parliament for the suspension of Junqueras’ immunity on the grounds that he has already been convicted and is serving a sentence.