Spain has been ranked in the “Top 10” among 28 current European Union member countries in the Gender Equality Index 2019, a bi-annual ranking developed by the European Institute for Gender Equality (EIGE) that measures the progress of gender equality throughout the EU.

The latest edition of the EIGE’s Gender Equality Index ranks Spain as ninth among all 28 EU countries in meeting criteria that measure the level of gender equality achieved in society in eight domain areas, including work, money, knowledge, time, power, health, violence against women and intersecting inequalities that cut across several areas.

The 180-page EIGE report accompanying the 2019 index details the criteria for ranking Sweden, Denmark, France, Finland and the United Kingdom at the top of the list, followed by the Netherlands, Ireland, Belgium, Spain and Switzerland. 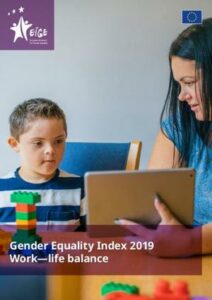 Among those EU countries lagging the “Top 10” and falling behind the EU average ranking are Germany, Italy, Portugal, Austria and Luxembourg.

The index shows the overall EU score for gender equality is improving very slowly since the last ranking in 2017, up just one point to 67.4.

But Spain’s overall ranking is significantly better since the last index, up 2.8 points from 68.3 points in 2017 to 70.1 points in the current index.

Since the first index was published in 2005, Spain’s overall ranking has improved 7.9 points. Most improvement in gender equality in Spanish society has come in the area of distribution of power among men and women, where Spain’s score has grown by almost 20 points over the past 15 years.

► Read Summary in English at the European Institute for Gender Equality…