A government agency has authorized the disinterment from the Valley of the Fallen mausoleum complex outside Madrid of the remains of 31 Republican victims executed by Nationalist forces led by former dictator Gen. Francisco Franco in the 1936 military uprising that led to Spain’s bloody three-year Spanish Civil War.

The go-ahead for the removal of the remains and their return to family members for re-burial was granted Wednesday by Spain’s office of Patrimonio Nacional, the agency within the government’s Ministry of the Presidency that administers all sites owned by the Spanish State. The remains are located in a crypt adjacent to the altar of the Basilica of Santa Cruz, where Franco’s own remains were buried after his death in 1975 until their removal last month on orders of the government of acting Spanish President Pedro Sánchez.

Among the first graves to be opened will be those of brothers Manuel and Antonio Ramiro Lapeña, both civilian trade union members summarily executed by firing squad in 1936, whose family obtained a court ruling in 2016 that allowed them to take possession of the remains. An investigation into the safety of excavating in the underground crypts stalled the process, but completion of the study enabled Patrimonio Nacional to finally give the go-ahead on Tuesday. 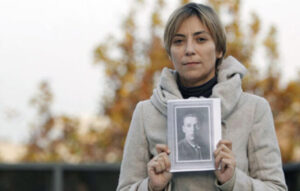 The permission to unearth the remains of the 31 individuals will be the first in what is likely to become a steady stream of exhumations of what are believed to be thousands of civilians and soldiers who were summarily executed and buried in mass graves by forces loyal to Franco both during and immediately after the Civil War.

Buried at the Valley of the Fallen are the remains of an estimated 33,815 bodies and civilians from both sides in the conflict that pitted Franco’s victorious Nationalists against a democratically elected Republican government, which fell in 1939 to the Franco-led insurgent armies. To date, only 21,423 of the remains buried at the mausoleum site have been positively identified.

Upon completion of the massive Valley of the Fallen complex in 1959, Franco ordered that the remains of Republicans previously dumped into common graves across Spain be unearthed and transported to the Valley of the Fallen for reburial along with thousands more soldiers of Franco’s Nationalist armies who were buried at the complex.

In 1975, following the dictator’s death at the age of 83, Franco was buried in a crypt in front of the altar at the Basilica of Santa Cruz with full honours accorded a former head of state in Spain. Last month, his remains were moved from the Valley of the Fallen by the Sánchez government and transferred to a more-modest family crypt in the Mingorrubio-El Pardo cemetery outside Madrid.