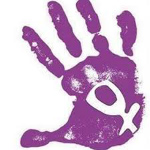 Spain’s Federación Estatal de Organizaciones Feministas (National Federation of Feminist Organisations), most often referred to in Spanish simply as the Coordinadora Feminista (Feminist Coordinating Council), is a nationwide network of grassroots women’s and feminist groups that serves as a clearing house for coordinating the exchange of diverse experiences, current lines of debate and activities throughout Spain focused on women’s rights and issues considered of importance to the network’s member groups.

Founded in 1978, the Coordinadora Feminista was created to unite and coordinate the member groups’ common efforts, to disseminate feminist ideas among Spanish women and society in general, and to put forward the demands and achieve the goals determined collectively by its member groups to be of critical importance for the advancement of women in Spanish society.

Throughout its history, the Coordinadora Feminista has been at the forefront in Spain in women’s struggles for the right to divorce, for free abortion, against gender violence and domestic abuse, for sexual freedom, for the rights of lesbians, for access to employment and for the equitable sharing of domestic duties and work in the home between men and women.

The Coordinadora Feminista currently includes 16 different women’s and feminist member groups from throughout Spain and regularly coordinates and actively participates in marches, rallies and other events around Spain, demanding respect for the rights of women and celebrating the achievements of the women’s movement in Spain.

► Learn more about Coordinadora Feminista at the following links online: