The LGBT+ fan club of the Valencia CF football team has added its name to a growing list of organizations condemning the decision to allow Saudi Arabia to host Spain’s Supercopa football tournament in January, saying that country’s dismal record on human rights, particularly with regard to women and members of the LGBT community, make it an unsuitable venue for the premier annual event of Spanish football.

Luis Rubiales, president of the Spanish Football Federation (FEF), announced earlier this month that the Supercopa tournament will take place from 8th-12th January in Saudi Arabia, which has paid 120 million euros to the FEF to host the tournament. The annual competition is the premier event of Spanish football, pitting the winners and runners-up of La Liga against the winners and runners-up of the Copa del Rey tournament.

This year’s Supercopa tournament has Valencia CF scheduled to play Real Madrid on 8th January in the Saudi city of Jeddah, some 6,600 kilometers distant from Madrid, followed by FC Barcelona against Atlético de Madrid the next day; the winners of the two matches are to face off against each other in a final match on 12th January. According to Rubiales, Barcelona center-back Gerard Piqué served as the initial go-between, enabling the FED-Saudi negotiations on Supercopa 2020. 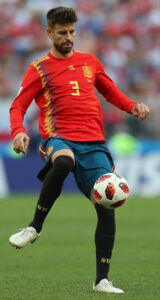 Spanish state-owned broadcaster RTVE has refused to air the annual tournament “on humanitarian grounds”, citing accusations of violation of human rights and the absence of freedom of expression in Saudi Arabia.

The Valencia CF football club’s own Peña Valencianista LGTBI+ fan association has denounced the decision to hold the tournament “in a country denounced by the UN for not respecting human rights”.

In a statement issued Monday, the association said that “people who belong to the LGTBI+ community find it impossible to travel to this country, the Saudi State agency having announced that feminism, atheism and homosexuality can be punished with imprisonment and flogging. There, we have no rights whatsoever”.

The criticism from Valencia’s Peña LGTBI+ joints that of other groups, including the Deporte y Diversidad (Sports and Diversity) association, which has denounced that Saudi Arabia is “one of the six countries in the world where the death penalty for homosexuals remains in effect” and where the LGBT+ community is persecuted and criminalized.

► Click to read more news about LGBT+ rights in Spain …

Spain’s Asociación de Mujeres para el Deporte Profesional (Women’s Association for Professional Sports) has called on Spain’s sports regulatory body, the Consejo Superior de Deportes (CSD) to intervene in the matter and cancel the deal between the FEF and the Saudis. Mar Mas, president of the association, said “This is much more serious than just being concerned that Saudi woman can now go to football stadiums without being placed in a segregated area, as they were until now”.

Amnistía Internacional EspañaAmnistía Internacional España has also come out strongly against the Supercopa being played in Saudi Arabia. AI spokesman Carlos de las Heras said are four good reasons to cancel the tournament: “The Super Cup will be played in a country that leads the war against Yemen, with more than 100,000 dead; that allows executions, many of them in public places; that violates freedom of expression, and that has subjected women to repressive legislation for decades”.