Rovira is perhaps most widely known for having co-starred alongside Clara Lago in the 2014 Spanish comedy film Ocho apellidos vascos (‘Eight Basque Surnames’, later released in English under the title “Spanish Affair”), which within six weeks of its original release became the second-highest grossing box office hit ever in Spain.

In the brief video appeal for Proactiva Open Arms, Rovira calls on the Spanish public to be generous in giving to the organization so that with a new emergency vessel it can continue its rescue operations to save refugees stranded at sea, who have fled their war-torn countries in the Middle East and Africa. 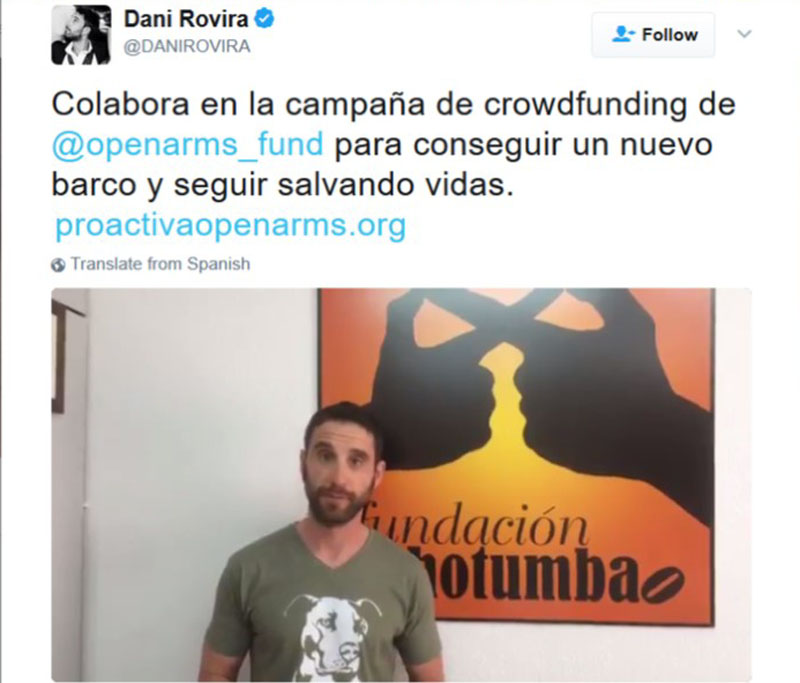