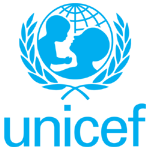 UNICEF Comité Español is the Spanish National Committee for the United Nations Children’s Emergency Fund (UNICEF), one of 36 UNICEF national committees worldwide, each working as an independent local non-governmental organization, raising funds exclusively through voluntary contributions from the general public and private sector.

In 1954, Spain signed an agreement with UNICEF as an aid recipient, given the high rate of infant mortality and child poverty in the country at the time, and received millions of tons of powdered milk destined for children through the late-1960s.

Spain’s Friends of UNICEF Association was founded in 1961 and grew to more than 240 members in its first three years, with delegations established in Madrid, Barcelona and Valencia, and by the 1970s was collecting millions of euros in funding for UNICEF to finance projects in collecting funds and by the 1970s financing projects throughout Latin America, in Cambodia, Equatorial Guinea and other countries.

In the 1980s, Spain’s UNICEF committee became the largest in Europe with more than 100,000 members and has continued since them to expand its support and financing of UNICEF progammes worldwide, while also focusing its efforts since 2010 on the growth of poverty and social exclusion among Spanish children as a result of Spain’s 2008 economic crisis.

Today, UNICEF has 17 offices located throughout Spain, one in each of the country’s 17 regional and autonomous communities. The organisation also has many offices in smaller cities and towns throughout Spain, where local UNICEF committees work with the help of volunteers assisting UNICEF Spain in providing information and services at the local level.

You can find out more and follow UNICEF Spain online at the following links: