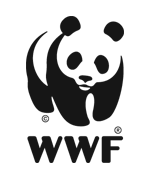 WWF España (WWF Spain – World Wildlife Fund for Nature) is a non-governmental organisation founded in Spain in 1969 as the Asociación para la Defensa de la Naturaleza (Adena, Association for the Defense of Nature) in relation to the creation of the Doñana National Park nature reserve in Andalucia. Adena later affiliated with the international conservation organization World Wildlife Fund for Nature (WWF) as the Spanish section of the global NGO and in 2009 changed its name to WWF España.

In the more than 40 years of its existence, WWF España has worked on a broad variety of environmental and conservationist causes, including launching the first-ever campaign to protect amphibious species in Spain, campaigns to control the use of poisons to control predatory species, against illegal hunting of bears in Asturias and in favor of protecting the dwindling wolf population across Spain, as well as developing landmark population studies of the Iberian Lynx and the white stork in Spain.

In addition to its work in Spain, WWF España supports the work of the global WWF organisation, which has more than 5 million supporters worldwide and is the world’s largest conservation organization, working in more than 100 countries in support of some 1,300 conservation and environmental projects. WWF derives 55 percent of its funding from membership fees, individual donations and bequests; 19 percent from government sources, including the World Bank, the UK’s Department for International Development (DFID) and the U.S. Agency for International Development (USAID); and, 8 percent from corporations that support its mission.

► Learn more about WWF España at the following links online: